Like many others around the world I was shocked to hear the news last night that Chester Bennington, lead singer of Linkin Park, had died by suicide at his home. At only 41 years old, just finished a UK tour, with a wife and 6 children, he appears to have everything…from the outside. If anything though, that’s proof of the power and relentlessness of mental illness. That even with what seems to be a really successful life, the demons are too much. 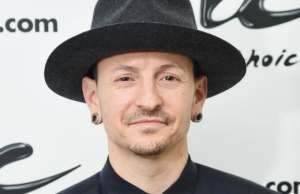 Suicide is not the exit of a person of sound mind. Therefore mental illness is the killer here. A still taboo, still hidden, still shameful topic to so many people; from the ordinary Joe on the street to the rich and famous. Men especially shy away from discussing mental health, because it’s not “macho” or “masculine”. How does the saying go – big boys don’t cry? Well guess what, big boys DO cry, and they seek help, and they hold their hands up to suffering from an illness that doesn’t discriminate and cannot be helped.

Is it a coincidence that Chester took his life on what would have been the birthday of his close friend Chris Cornell, who himself died by suicide only recently? Doubtful. It’s poignant and sad and distressing, and also a reflection on our society that deaths of these type are still happening.

Like I always say, if you broke your leg, you wouldn’t hobble around and wait for it to heal on it’s own. You’d go to a medical professional who would put in a cast for some extra support while it got better and stronger. The same is needed for the brain. A little bit of TLC and support – maybe medicinal, maybe occupational or vocational – to give your brain time to heal and get stronger.

There’s no shame in mental health, and we need to get better at recognising that.

Contact the Calmzone (dedicated to preventing male suicide in the UK)

*edited to change terminology – I’ve been informed that “commuted suicide” is no longer the right way to refer to the act, as suicide has been decriminalised (and rightly so) so a person carrying out the action is no longer “committing” anything.