Shocked and saddened to wake up this morning to find out that David Bowie has died. 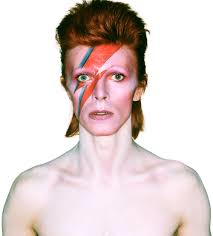 I grew up listening to his music as my Dad was a fan. 80s songs such as China Girl and Lets Dance were often on rotation in his car on my way home from school.

It will forever be a regret that I never saw him live.

The fact that he had been battling cancer for 18 months yet still managed to record and release a new album is testament to the strength of character he had as a musician.

And yet again, the ugly evil disease proves that it doesn’t discriminate. It doesn’t matter what you have or don’t have in life, cancer will strip it from you.

Less than 48 hours ago we were watching Lemmy’s funeral and feeling sad at the loss of a musical legend.

And now another legend has gone.