I don’t know about you, but for me the January sales have lost a lot of the appeal they once held, because it seems like High Street stores always have some kind of offer, discount or sale and so you don’t feel like you have to hold out until after Christmas to pick up a bargain.

In fact even the term January sales is now a misnomer, because most sales start before Christmas, or at least on Boxing Day, which is still firmly December on my calendar.

Not that I’m complaining…!

In years gone by I’d have stocked up on dresses, jackets and funky shoes for my office wear wardrobe, but now I work at a company with a casual dress code there’s no need for that kind of attire in my wardrobe. So now I probably buy fewer things than before.

Here’s what I’ve acquired in this year’s sales.

Of course I have been buying other stuff too, but technically purchases from Everything 5 Pounds barely count, right?

What have you been buying? Let me know in the comments!

Discombobulated is such a great word. I’m a big fan of great words. Succulent is my absolute favourite word. It’s just so juicy and good, it actually makes my mouth water. 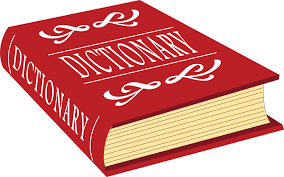 Anyway, discombobulation. That actually isn’t a word (according to my spellcheck). But it’s the state I find myself in at the moment. I’m all at sixes and sevens (stupid saying). Nothing feels quite right.

I know that all these things are just life. And people deal with all sorts of headfucks every single day. Maybe it’s the combined January effect. Maybe it’s Christmas withdrawals. Maybe I’m just feeling a bit screwy.

But discombobulated sounds better. So I’m going with that.

I don’t believe in New Year’s Resolutions. I think January is a difficult enough time without depriving yourself of something you enjoy (which is generally what resolutions amount to). 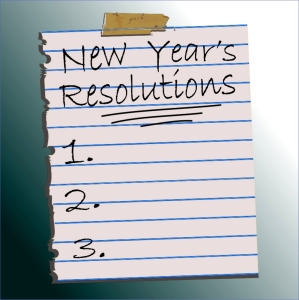 I mean, I’ve just enjoyed 10 days off work eating and drinking and making merry and now it’s January, it’s cold and dark, all the fun bits have gone and there’s nothing to look forward to until Spring. Why would I make that worse by not having a biscuit or a glass of wine? (I’ve had neither today, yet).

I also don’t see the point in setting goals that you know you might fail at, which will then just make you feel crap for being rubbish. Again, why?

Cutting things out can’t lead to anything good. I did dry January once and the first time I had a drink at the end of it I was pissed and asleep on my friend’s sofa within about an hour.

And just the word – resolution – it sounds so harsh and severe!

Having said that, after all the indulgence of the festive period, I am usually pretty ready to start eating more healthily and generally not being as much of a glutton. And I certainly need to lose a few pounds which steadily crept on last year, because I threw caution to the wind from about October onwards!

I do have some “good intentions” which are more around personal experience and comfort than changing myself, but they’re evolutionary processes rather than new starts. Such as cutting down the amount of clothes I own (which I’ve been doing for about, oh I dunno, 5 years now). Wasting less time on mindless stuff on my phone when I could be reading a book (I had some corkers for Christmas). Things that are achievable and can be done bit by bit instead of being a major life change.

And if I do need to do something huge, or cut something out, or do something new, then I’ll do it quietly and in my own way and time, rather than making a big public declaration and then falling on my ass when I fail (notice I say when, not if!)

Today’s achievement – getting out of bed, getting to work on time and surviving the day. That’s harder than eating less than 1500 calories, not having a glass of wine or avoiding the biscuit tin for sure!

Have you made any NewYear’s resolutions?

Thanks, as always, for reading!