I know the world would be boring if we were all the same, and I’ve posted before about blogger trends I don’t understand, but here are 5 things that seem quite prevalent at the moment that I don’t understand either (and I think that some of them may be because I’m getting older, which means I’m turning into a generational moaner!) 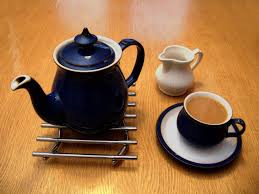 I mean, tea isn’t a new thing obviously, but the people in my office drink buckets of the stuff and in this hot weather I just can’t comprehend it. I’m not a tea drinker anyway, I’ll have the odd cup every so often but very rarely, but the thought of drinking a hot drink on a hot day is absolutely nuts to me! (I appreciate I’m very much in the minority here, in England at least, the Brits love a cuppa)

I’m old school. I like to read information and consume content via words. Occasionally I’ll watch an instructional YouTube video if I need to know how to do something. But watching people open boxes or show make up swatches is an alien concept to me. I don’t understand the popularity of it (apart from maybe to be nosy?)

I have never watched an episode of Love Island, and that’s ok. In fact I’m quite proud of it. I know it isn’t a new program, but it seems like it’s EVERYWHERE this year and people are obsessing over it and I don’t know why? Back in the early days of reality TV – like Big Brother – it used to be fun to watch people interact with each other. Now reality TV is just a stepping stone to “fame” and I don’t believe anyone truly thinks they’re going to find lasting love on a TV program that’s all about ratings. All I seem to see on social media is who’s shagging who and it all sounds vacuous and false and absolutely hideous. 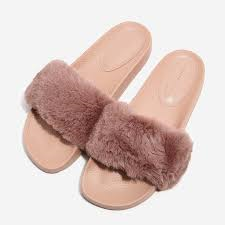 So, fur’s for keeping warm and sandals are for keeping cool. Why then would you mix the two? Surely, on a hot summer day, you’re just going to end up with sweaty feet? They don’t even look pretty?!

I understand these two things, and the reasons behind them, but it seems like so many girls are obsessed with changing their appearance and looking the same. I’m all for make up to enhance your appearance but unless it’s done well you just look like you’ve done a really bad make up job and it looks silly. Plus it’s so much effort for everyday. Do it right or just avoid it totally.

Whinge over! What are your bug bears?