It’s been a year today since my Dad died. A whole 12 months. That’s a long time. A lot happens in 12 months. Things change. People change.

This is the last “first”.

We had the first week after he died, then the first month. Getting back from the first holiday without him being at the end of a phone wanting to know everything in detail. Then there was my birthday, with no phonecall from him pretending to have forgotten how old I was, the first Christmas without him, swiftly followed by what would have been he and his wife’s wedding anniversary. The first birthday in March, and his wife’s birthday in April. The husband and I moved house – a major life event that he would have been so proud of. Our first return to Stoupa, a place he loved so much but didn’t make it back to before he died due to chemotherapy.

And now, today, the first year of him not being here anymore. 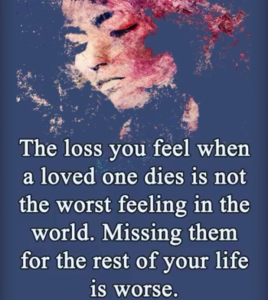 It hurts. I know it will always hurt, but today I’m thrown back to that last day so vividly; the early morning phonecall from his wife telling me I needed to get to the hospital as soon as possible; the panic at the build up of traffic as I tried frantically to get there, close family around his bedside, the kindness of the nurses during the long long hours that followed. Hearing his breathing slow down and holding his hand; wanting him to stay for selfish reasons but willing him to go so he wasn’t suffering anymore. And the emptiness afterwards, when he’d breathed his last and we talked to him and cried – as much for ourselves and our massive loss, as for him.

Today is also my wedding anniversary. Rotten timing eh? I’m thankful everyday for the husband. The support he’s given me during this past year has been immense. He’s ace.

So it’s a day of smiling and sadness, all intermingled, as I think of the two most important men in my life now and always.